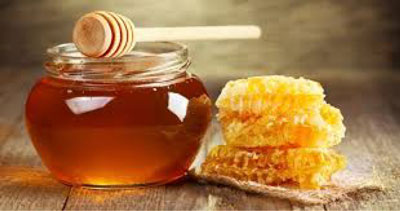 Beekeeping and honey production are environmentally friendly non-farm business activities with enormous potential to provide a wide range of economic benefits to Pakistan, but unfortunately this sector is underdeveloped due to a multitude of factors, including nectar plants damaged by pesticides, non-application of current technologies and lack of certification resulting in low production.

In Pakistan, each beekeeper produces an average of 11.7 kg of honey in 2019, compared to 20.6 kg on the global average. Considering a whole range of advantages in this sector, the government conducted a proprietary analysis to design a mechanism to improve the quality of honey production, provide livelihoods for beekeepers and support business. through the provision of financial resources.

According to the Prime Minister’s Ten Billion Tree Tsunami program, approximately 10,000 beekeepers are expected to use 300,000 colonies to produce 7,500 metric tons of honey per year.

By using modern beekeeping equipment, training in the latest practices, product standardization and certification, and intense marketing, the potential to generate 70,000 metric tonnes of honey from the same harvest could be increased.

Pakistan is home to four different bee species, three of which are native to Pakistan and one is western. ApisDorsata, ApisCerana and ApisFlorea are the native species found in various biological areas of the country, while ApisMellifera is a western species. Around 7,000 beekeepers already keep ApisMellifera in modern beehives.

The pleasant environment of the country and the beekeeping flora offer an ideal potential for the expansion of beekeeping activity. Beehive flora can support over 1,000,000 honey bee colonies and can be found in all provinces, including northern regions, FATA and AJK.

With the growth of the beekeeping sector, more and more people are turning to self-employment as commercial beekeepers to supplement their income. Honey production is planned for places with a lot of wild plantations and agricultural farms.

Chakwal, Mianwali, Attock, Sargodha, and Daska in Punjab province are great places for growing honey bees, while Karak, Kohat, Swat, Bannu, and Chitral in Khyber Pakhtunkhwa are the best. According to experts, a few places in Sindh, including Thatta, Sujawal, MirpurKhas, Hyderabad and Gularchi, are suitable for producing honey.

According to a report produced by the China-Pakistan Agricultural and Industrial Information Cooperation (CPAIC), Pakistan’s honey productivity has the potential to increase tenfold.

According to figures from the Food and Agriculture Organization (FAO), around 390,000 people in Pakistan are active in beekeeping and produce around 4,000 tonnes of honey every year.

According to a statement from the Prime Minister’s Office (PMO), if current production technology and standard production techniques are used, the country’s honey production is expected to reach 70,000 tonnes per year, creating more than 87,000 green jobs. However, due to the low yield and low prices, the full potential of this lucrative business has yet to be tapped.

China, which has been the world’s largest producer of honey for many years, is ready to offer its large-scale beekeeping, cultivation of nectar plants, bee rearing and other skills to Pakistan.

According to a Pakistani industry insider, exports currently represent only 20% of overall production. If the industry is modernized, sales will be multiplied by 20. While introducing Chinese techniques and production methods, Pakistan can sell by-products such as bees milk, beeswax and propolis. in the Chinese market, which have a significantly higher value than honey. .

Research by the China-Pakistan Agriculture and Industry Information Platform (CPAIC) advised the government to intervene in beekeeping areas, improve the industry’s value chain, and connect beekeepers to markets. regional and national.

Hair Color Ideas: Statement Shades To Try In 2022, According To The Pros