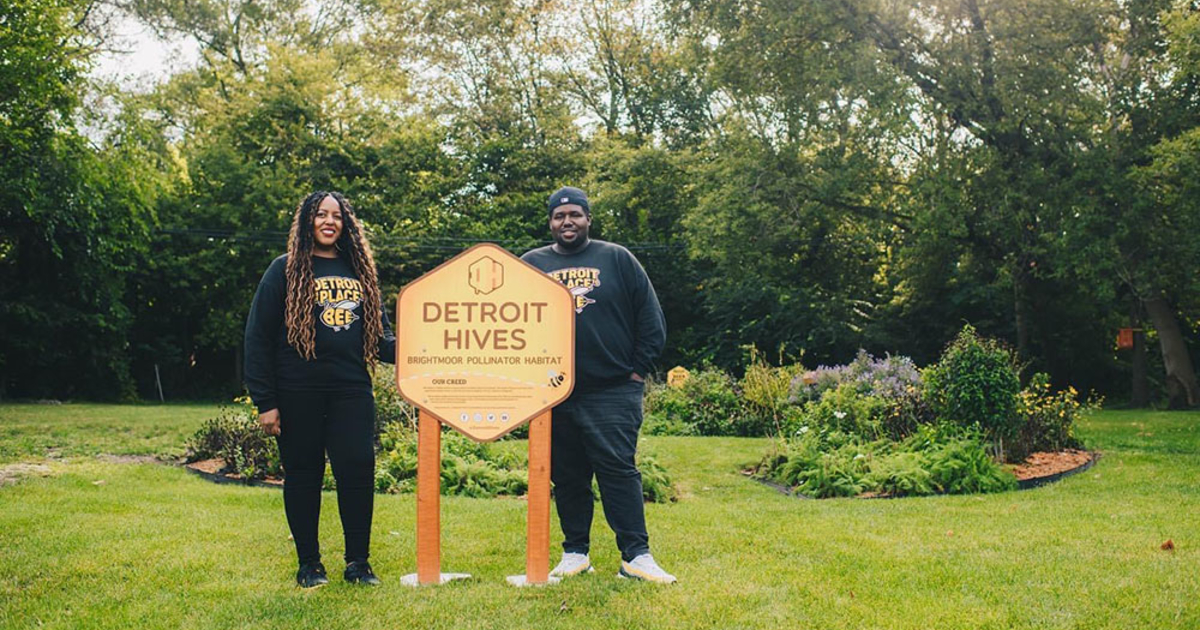 The State Fair & Hoover Pollinator Parkway at 19791 Hoover St. is one of Detroit Hives’ largest projects. In addition to the production of honey and beeswax from the apiary, the project will also meet environmental needs.

“One of the things we’re trying to address in this parking lot is stormwater runoff and climate inequities,” Jackson said.

Green spaces help reduce air pollution and absorb rainwater. They also support the mental health of the community by replacing dilapidated and vacant spaces with natural expanses. Additionally, Jackson said the walk will serve to address food insecurity — for bees and people.

“The #1 decline for pollinators, or bees, is lack of habitat. There simply aren’t enough trees, plants, or flowers blooming in the air to support pollinators.” , Jackson said.

By giving bees spaces to pollinate, they ensure that flowers and flowering trees within a 6-mile radius of the hive will be pollinated, said Jackson, who backs the garden produce.

Bee farms also produce wildflower honey. The first 80 to 100 pounds are reserved for the bees, which they need to get through the colder months. The rest, Jackson said, is shared at community tastings and sold at local farmers’ markets, retail stores and through business partnerships, along with beeswax candles produced by Detroit’s bees. Hives.

“The money we generate through our honey sales or our beeswax candles goes directly back to our mission of reclaiming vacant land and maintaining outdoor educational learning spaces that benefit all both to people and to pollinators throughout Detroit and Southeast Michigan,” Jackson said.