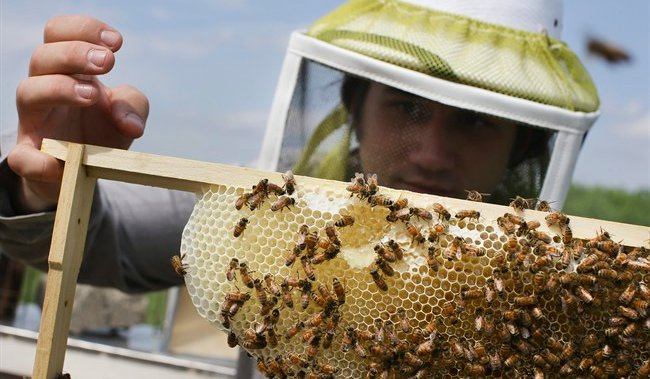 Fewer bees, 20 to 30% less honey production in Saskatchewan. after a harsh winter and spring

Through
Staff
The Canadian Press

Saskatchewan beekeepers face a 20 to 30 percent drop in honey production this year after a harsh winter and spring wreaked havoc on the province’s honey bee numbers.

The Saskatchewan Beekeepers Development Commission said there was a 35 to 40 percent death rate in beehives.

Commission President Simon Lalonde said beekeepers will rebuild themselves but have a lean year with the expected reduction.

How you can help save bees this spring

The story continues under the ad

He said agricultural production, especially canola, could decline by 4 to 10 percent due to fewer insect pollinators.

Saskatchewan produces about 25 percent of Canada’s honey crop, or more than 8.6 million kilograms per year.