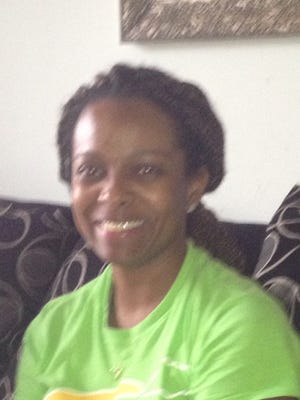 
James International Colleges agreed to write off $ 2.1 million in student debt, pay a fine of $ 550,000 and submit to external surveillance as part of a settlement agreement under a lawsuit alleging he violated Iowa’s consumer fraud law, state officials said Thursday.

“This settlement addresses some of La ‘James’ past practices that we believe were simply unfair to many of its students,” Iowa Attorney General Tom Miller said in a statement.

The settlement affects prospective and current students, as well as former students who are in debt to La ‘James.

The school of cosmetology has come under public scrutiny following a series of Des Moines Register Pulitzer Prize Finalist editorials in 2013 on several students who said they were not credited for hours worked and were unable to graduate on time. Some have been forced to drop out because La ‘James “pays for himself first” with student loan and scholarship money, leaving students with no money for rent or living expenses.

The ‘James and its parent company executives Cynthia and Travis Becher did not admit any wrongdoing in the settlement.

A school press release noted its “proud history” and said 75 percent of its students complete their classes on time.

“We believe that entering into this agreement is in the best interests of our students, instructors and alumni,” Cynthia Becher said in the statement. “The beauty industry is a growing and expanding field, and we want to focus all of our energy and effort on training the next generation of cosmetologists, estheticians and massage therapists. “

Miller’s office in 2014 alleged that Cynthia Becher, majority owner of a company that operates La ‘James International Colleges, and her cosmetology schools did not adequately staff classrooms with instructors, forcing students to selling products from La ‘James salons and performing janitorial duties, failed to fully inform students of important information and assessed inappropriate fees for students who do not complete the program on time.

The ‘James has schools in Cedar Falls, Cedar Rapids, Davenport, Fort Dodge, Iowa City and Johnston. It also has sites in East Moline, Illinois, and Fremont, Neb. It is not affiliated with La’James College in Mason City.

Yolanda Dings, a former student of La ‘James, was enrolled in classes at Johnston for 10 months before contacting The Register in 2013. Among her concerns were the for-profit school’s educational practices and the short time that she spent. she passed with the customers, telling the newspaper “they should have given me a concierge diploma.” “

Dings, who now lives in Florida, still owes La ‘James money for her education and says she was unable to enroll in another cosmetology school due to the debt. She planned to review Thursday’s settlement to see if she qualified for debt cancellation.

“To this day, I felt I had wasted all this money and all this time, and I didn’t learn anything,” Dings said.

The regulations, as outlined by the Iowa Attorney General’s office:

The agreement requires the school to dramatically increase transparency to prospective students, including a one-page disclosure form:

The school should also provide prospective and current students with a manual that clearly discloses the detailed requirements, policies and expectations of the program. The manual should include the total number of hours the school needs to complete the program, attendance and leave policies, and how the school affects clients in its salons.

The ‘James will stop trying to collect $ 2.1 million in debt, fees and interest from former students who owe the school money. The ‘James must notify alumni affected within 90 days, as well as the credit reporting agencies.

James will pay the state $ 500,000, and directors Cynthia and Travis Becher will each pay an additional $ 25,000. The payments will be used largely for partial refunds to current and former students.