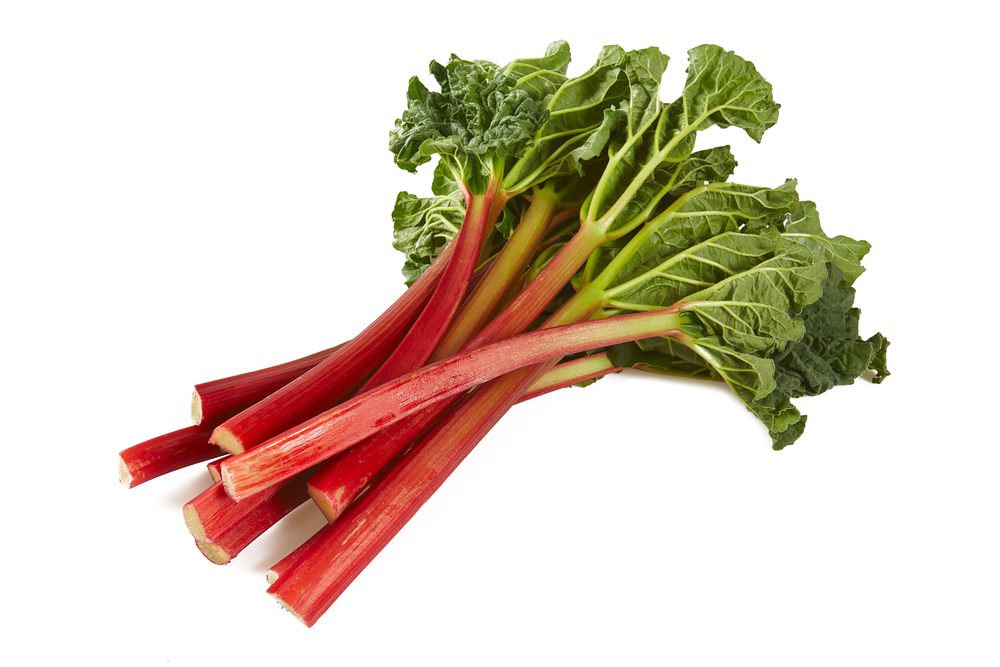 Sweet and Savory Ideas for Using These Sour Stems

There are those seasonal garden foods that suddenly come to you, and then you’re faced with a mountain of something breeding fruit flies on your counter or still in the dirt contemplating its future as compost. This time of year, we’re watching you, Rhubarb people!

I shared my recipe for Rhubarb jam last season, and one reader suggested saving your rhubarb until the blackberries are set, then combining the two for jam. Is there an overlap between people who grow rhubarb and those who have mulberry trees? Seems likely.

If you have so much rhubarb that you eat it daily (which some people don’t mind), you can clean and chop it to put in the freezer. Measure it into freezer bags, then to get the air out, try this trick: seal the bags until only one inch is open, and holding that corner open, dip the bags in water until at this point – the water pressure will push out the air. Then you can completely pinch the joint.

But before you start storing in the freezer, consider these rhubarb alternatives.

Start with 4 cups chopped rhubarb and 1/4 cup sugar. Cook it for about 5 minutes, so it’s thickened but still has bits of soft rhubarb. You can make it sweeter if you like, something more jam-like for your pancakes, scones, yogurt, oatmeal, or toast. Try adding lemon zest, a touch of ginger, 1-2 tbsp orange juice, or even 1/2 tsp vanilla. This keeps for two weeks sealed in the fridge, or you can treat it like freezer jam for longer periods.

In a saucepan, sauté the chopped rhubarb with the minced onion and garlic, possibly paprika, and work in equal parts soy sauce and honey, stretching it with water or thickening it with a spoonful of cornstarch. You can brush this baked chicken when it’s almost done or when ready to serve. Make it a little sweeter and use it on baked ham instead of plum sauce or on fried pork chops.

Take a pound of rhubarb, cut it into cubes or cut it into 3/4 inch pieces on the bias, and pack them in a sanitized jar or jars. In a saucepan, combine 2 cups apple cider vinegar or red wine vinegar, 1 1/2 cups sugar and 1 1/2 tablespoons salt, and bring to a boil. Pour this into the jars, enough to cover the rhubarb. At this stage, you can also add seasonings: a few cloves, slices of ginger, peppercorns, minced shallots. Cool and store the pickles sealed in the refrigerator for up to two weeks. Use them on salads or as a relish for tacos.

Do you have sugar? Then you have fermentables. I have a collection of wine recipes from my great-grandmother, made with everything from dandelion to tomato, and of course, rhubarb.

“Wash and cut the rhubarb into 1-inch lengths. Do not skin. [For] each liter of rhubarb, [use] 1 pound of sugar and 1 liter of boiling water. Pour boiling water over the rhubarb. Let stand 24 hours. Strain through a clean cloth, pressing with a large spoon to collect all the juice.

“Add sugar and 2 handfuls of washed raisins to the liquid. Stir and add half a cake (2 ounce cake broken in half) of yeast. Let sit in a covered jar (cover with a clean cloth) for one month. Skim and bottle. Put cork lightly like [the yeast] maybe not working.

That’s Depression-era stuff right there. You might want to stick with jam.

Chips are less work than pie, but no less delicious. Some will cut this recipe (and other rhubarb dishes) with strawberries (half of each), but for me, I like the full flavor of rhubarb.

Preheat the oven to 375 degrees F.

Make the filling: Clean the rhubarb and cut it into 1/2 inch long pieces. In a large bowl, mix the flour, sugar, cinnamon, then incorporate all the pieces of rhubarb. Put this in an 8 by 8 inch Pyrex pastry shop plate.

Make the filling: Mix the flour with the rolled oats, brown sugar and cinnamon, then incorporate the softened butter. Spread it evenly over the rhubarb mixture.

Bake in preheated oven until top begins to brown, about 35 minutes. Allow to cool before serving with ice.

ideas and activities for children