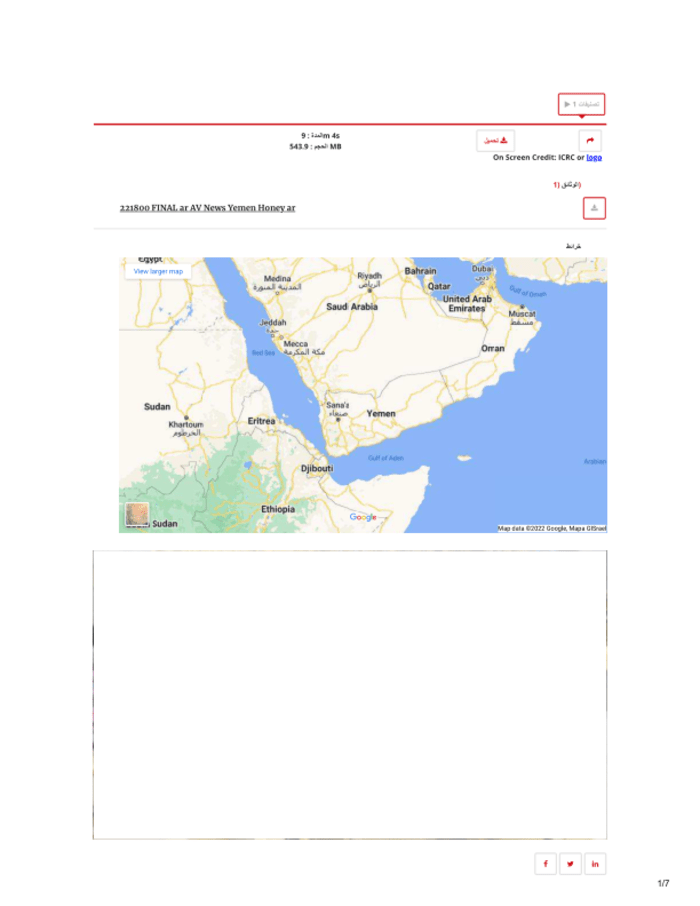 Yemen: Ancestral honey production in Yemen under threat due to impact of conflict and climate change [EN/AR] – Yemen

Yemen has long been renowned for producing some of the best honey in the world, but huge losses have been inflicted on the industry since the outbreak of conflict in 2011. Successive waves of displacement to flee violence, the impact of contamination by weapons on production areas, and the growing impact of climate change are pushing thousands of beekeepers into precariousness, drastically reducing production. In short, armed conflict and climate change threaten the continuity of a 3,000 year old practice.

The history of beekeeping in Yemen dates back to at least the beginning of the 1st millennium BC. For centuries, this practice was an indispensable part of economic life in Yemen, but today, after years of conflict combined with climate change, thousands of beekeepers are struggling. to survive.

According to UN figures, about 100,000 Yemeni households practice beekeeping and depend on it as their only source of income. Active front lines prevent beekeepers from moving around the country to graze their bees. In addition, dozens of beekeepers have reportedly been killed trying to cross front lines grazing their bees or trying to sell their produce.

“The mountain range on the west coast of Yemen is a historical center of honey production, but for the past eight years the same region has been a battleground,” said Amin, a honey producer from Taiz, the one of the cities that has been hard hit by the ongoing conflict. ”The worst day of my life was when a rocket landed on my bee colony. Since then, the situation has worsened; the trade is no longer lucrative, the bees are disturbed and life has gone from bad to worse.”

The presence of landmines and unexploded ordnance (UXO) poses a serious threat to all Yemenis, as there are more than one million landmines and improvised explosive devices scattered across the country, killing and maiming civilians daily. Being a beekeeper in areas heavily affected by violence means an added risk of being targeted by parties to the conflict as he grazes bees in places close to active front lines. This situation has forced thousands of beekeepers to abandon the honey industry and pursue other jobs requiring less travel. “I am forced to stay in my area, which also forces me to depend on just one production season and that is not enough to be able to support my children,” said Youssef, a beekeeper from Hajja governorate. .

To make matters worse, Yemen, like many conflict-affected countries, is disproportionately affected by climate change. The rise in temperatures of recent years, combined with the strong alterations caused to the environment, disturbs the ecosystem of bees, which impacts the pollination process. In 2022, precipitation was below normal. With falling water tables and increasing desertification, areas previously devoted to agricultural activities and beekeeping no longer support these livelihoods.

“I don’t just blame the conflict for what is happening to us. There has been no rain for months and there are less flowers,” said Amin, the honey producer in Taiz. “My children had to drop out of school to work in other sectors because my business is no longer enough to support my family,” he added.

Yemen is already experiencing an alarming level of food insecurity with more than 16 million Yemenis facing food insecurity. In Hajjah, Amran and Al Jawf, nearly 50,000 people are living in near-famine conditions according to WFP reports. Across Yemen, vulnerable families are being pushed to the brink by the combined impact of armed conflict and climate change.

The ICRC in Yemen: supporting livelihoods

ICRC response on the west coast of Yemen:

The honey production project in Margallas has not yet progressed